There are memories we create in life. Memories that when we think back to them, the hairs stand up on the back of our necks, a chill runs down our spine, and goosebumps cover our arms. They’re memories that are so cast in stone you can recall exactly where you were, what you were doing, and what the weather was that day when it happened.

It was overcast, and chilly. The breeze coming off the water would have forced even the bravest of souls inside; had there been anyone out there in the first place. The scene was apocalyptic. A playground left empty, lawn chairs sitting in front of trailers with no one in them, the burning coals of the fire reminding you that someone had been there recently but not a soul insight. It was May 12, 2007. I was inside my trailer, huddled with my family in front of a small TV watching game 2 of the Eastern Conference Finals between the Sens and Sabres on an over-the-air CBC broadcast. It was double-0vertime, when Jason Spezza won the faceoff back to Joe Corvo whose bouncing point shot somehow found it’s way to the back of the net. Suddenly that apocalyptic scene disappears and a chorus of roars erupted across the campground. The Sens had taken a 2-0 series lead. I could taste the cup. I was 13 years old.

Looking back, some of my clearest memories have everything to do with hockey. I remember my parents letting me stay up late, and crying when the Sens lost to the Devils in game 7 of the Eastern Conference Finals in 2003. I remember wanting to cheer for Nashville when Mike Fisher was traded, and I remember Peter Schaefer scoring an unbelievable short-handed goal against Dallas and going to school the next day to tell his niece all about it.

When Daniel Alfredsson was traded to the Red Wings, I was furious. It wasn’t that we lost a captain, or a goal scorer, or a hockey player. It felt like I had just lost a part of my life. A person I had admired growing up, who was so entrenched in the city I had grown up in that he was quite literally the face of the nation’s capital. That’s when I realized the Senators I had loved growing up weren’t going to exist for much longer. 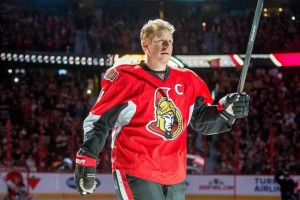 Stemming from the fourth and final opera in Richard Wagner’s cycle of four operas titled “Der Ring des Nibelungen” (the twilight of the gods) götterdämmerung has come to mean “A turbulent ending of a regime or an institution.” To say that the Senators are reaching a turbulent end of era might be putting it lightly. Currently there are just 3 prominent members of the team that went to the Stanley Cup back in 2007 still involved in the regime, and for the majority of them that time is coming to end sooner rather than later.

A soft-spoken staple behind the bench Bryan Murray joined the Senators in 2005 where he spent just over two seasons guiding the Sens to a 107-54-20 record that included the teams only trip to the Cup final. Since then Murray has been the Senators General Manager and it’s a strange thought to imagine the Sens without thinking of their gamely leader. Sadly, due to health concerns this could be Murray’s final season with the organization. 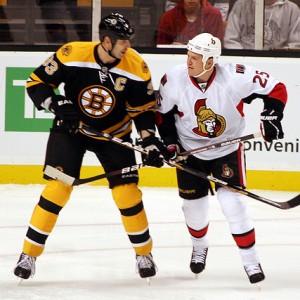 The numbers aren’t much better on the ice either, just Chris Neil and Chris Phillips remain, both with questions shrouding both of their futures. A staple in just 38 games last year and recovering from surgery for a thumb injury he suffered in a fight with Luke Gazdic, Chris Neil is no longer the permanent fixture of the roster he once was, and with better and younger options available in Shane Prince, and Matt Peumple, and just one year remaining on his contract, the 36 year old tough guy may not be returning to the Senators.

Phillips’ future on the ice is no more certain. The veteran defender and former number one pick was involved in just 36 games last season, and as part of a crowded defensive core many wondered if he would choose to retire. An off-season back surgery and a dedicated Phillips said he would return but after suffering from a cracked disk that may leave him sidelined until November the question remains whether or not this will force the Sens alternate-captain into retirement.

The End of an Era to the Emergence of an Epoch 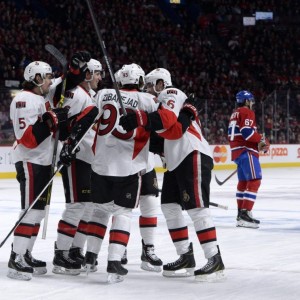 Though the Pizza Line era is coming to a close the dawn of a new time has long since been underway. Erik Karlsson has been the face of the franchise for the last few years, and though he has large shoes to fill he may not be doing it on his own. It has been all but confirmed that his predecessor, Daniel Alfredsson, will be joining the Sens in a front office role, and with promising young stars like Curtis Lazar, Cody Ceci, and Mark Stone the new faces for the Senators seem pretty clear. It’s a group that has already begun making their mark. From Jean-Gabriel Pageau’s hat-trick against the Habs to hamburgers on the ice to embracing Jonathan Pitre as the team’s unofficial ambassador, this new group of Senators isn’t just another team for a city to rally around but a group of players who have already inspired the league and the city. All that remains is to finish what the old era started, and bring Stanley back to the NHL’s first champions.